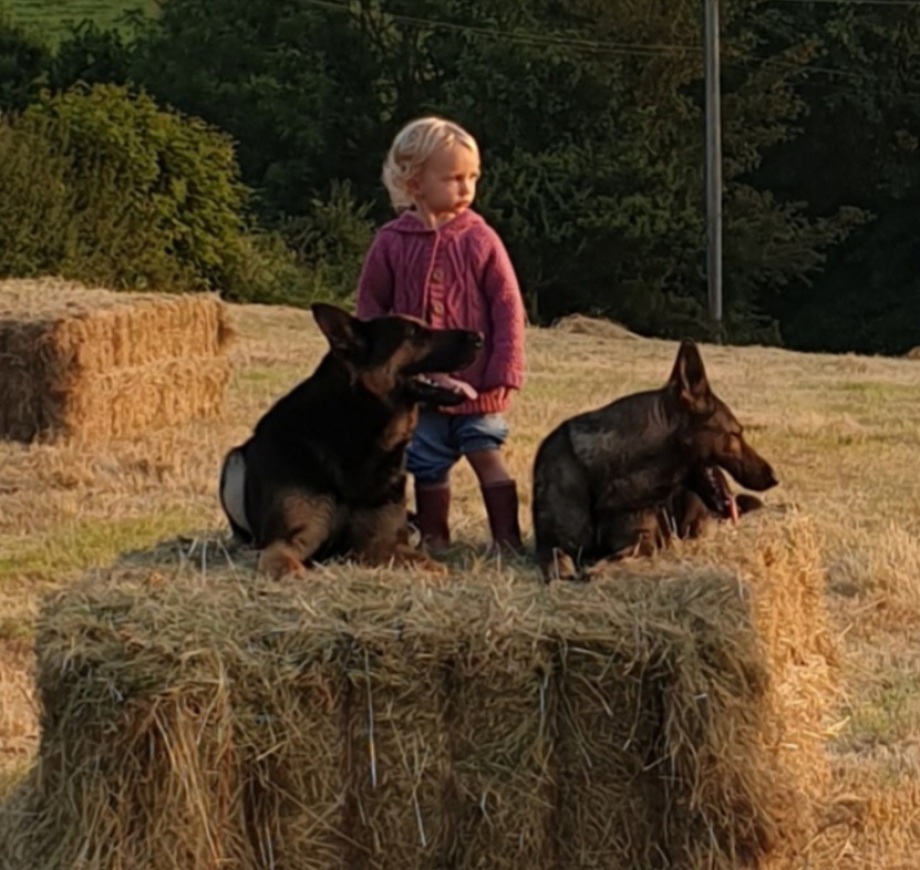 I started with working dogs on a small farm in North Wales as a young boy, working mainly with Collies until I got my first German Shepherd when I was12 years old. "Shena" was a rescue dog and came with many behaviour problems, which we worked on to end up with a fantastic young dog, of which I gained so much practical knowledge. From now on I was "hooked" on working with dogs and the German Shepherd breed in particular.

Over the years I have bred and trained German Shepherds for the police service, HM Prison service, the security industry, personal protection, medical alert, search and rescue.

I have run a dog training school in Germany for 8 years, working with many different breeds with many individual problems, I had close links to veterinary practices, the police and rescue centres and became known as the dog trainer who "gives the dog a chance".  I had much success with greatful owners and their "best friend".

In 2014, I met my beautiful wife, Nicole. We became members of the " Verein fuer Deutsche Schaeferhunde" (German Shepherd Club). After taking a SV test and having our premisses inspected we where allowed to breed German Shepherds under our kennel name "vom Figynberg".

Since 2016 we are breeding successfully German Shepherd dogs under our KC affix "Figynberg". The perfect character, workability and health of our bloodlines inspire German Shepherd enthusiasts not only in the UK. You will also find Figynbergs in Norway, Portugal, the Republic of Ireland and Italy.

We have been inspected by Cornwall Council and we are licensed with a 5-Star rating to keep a breeding establishment for dogs.

We are located at:

If you have any queries or wish to make an appointment, please contact us:

Get social with us.